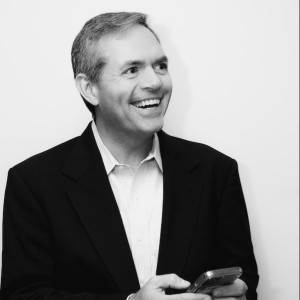 Hertz and their long struggle to find solid growth

A giant in the car rental industry, recent press coverage for Hertz has focused on the company’s struggle to get on solid footing, but the story really began 15 years ago. Companies get into trouble all the time, but with multiple issues converging simultaneously, Hertz created headwinds that become unsurmountable. Over the last two decades, the team at Aesop Partners has seen many examples where taking “a stitch in time to save nine” could have resulted in a decidedly-different outcome for the company, its shareholders, and the deeply-impacted employees. With the clarity of hindsight, we examine a few of the trends that could have been reversed to drive a different outcome in the case of Hertz.

A tale of not getting the right leader for the challenge in the moment.

We start our retrospective review with the frequent transition of CEOs. Once Ford sold the company in 2005, the new owners hired Mark Frissora from Tenneco to lead the company through a reorganization. His tenure came to an end when the company was found to have committed fraud by materially misstating pretax income by the Securities and Exchange Commission.

Frissora was ousted and John Tague, the former COO of United Airlines, was chosen over former Dollar Thrifty CEO Scott Thompson to run the company. Tague failed to listen to consumers (as detailed below) and Hertz continued to rack up debt.

In 2017 Tague was replaced by Kathryn Marinello, who had been on the board of GM and Volvo AB. She tried to shrink the fleet and shift toward SUVs, but the general shift from car rental to ridesharing pounded away at revenue. Marinello resigned May 16, 2020 less than a week before their bankruptcy filing and Paul Stone took over.There is a necessity to aligning the specific needs of the company in real time with the specific strengths of the CEO. What kind of debate took place in the board room regarding potential candidates? How much clarity did the board have on the core issues for new CEO to solve and how aligned were the board members on that mission? The value of using a strategic and data-based approach to hiring leadership cannot be underestimated.

In addition to the internal turmoil that the frequent changing of CEOs created, the top levels of leadership failed to take into consideration the needs of their most important stakeholder group, their customers. Frissora tried to boost margin by keeping cars longer, some for as many as 50,000 miles, but business travelers were turned off by the aging fleet. Tague came in and updated the fleet but stayed focused on sedans, just as drivers began foregoing sedans for SUVs. Once again, as Uber and Lyft gobbled up market share with easy-to-use apps and digital communication, Marinello failed to employ a nimble and connected customer experience to keep up.

This exemplifies the critical strategic role that a CEO must assume in the organization. Oftentimes, boards believe they have the right game plan in place and are willing to compromise with a less strategic but highly operational CEO who can execute their plan. We have seen similar outcomes when the company was surprised by a chain of events that could have been anticipated with a greater focus on the needs of the market.

A story of management struggling with a transformative, and costly, acquisition.

After the global financial crisis, Hertz engaged in a bidding war with Avis for Dollar Thrifty Automotive. They started the bidding in 2010 at $1.2 billion but ultimately paid $2.6 billion.

Unfortunately, leadership failed to solidify and execute the integration plan. Hertz had assumed they could combine airport lots for the three brands but wasn’t able to do so at many locations.  Systems could not talk to each other and operations duplicated efforts. When they combined company headquarters in New Jersey and Oklahoma to one location in Florida, key talent at the upper levels defected. In the end, a merger that was supposed to save Hertz roughly $100 million the first year ended up costing them an additional $70 million.

Better pre-purchase diligence could have surfaced the likelihood of achieving integration synergies, allowed cooler heads to prevail during the bidding war, and helped to develop a well thought out integration plan to execute against once the sale was final. An organizational assessment would have highlighted the value of mid-level talent that the company could not afford to alienate with a relocation.

What can we learn from these examples?

The challenges that Hertz faced, though daunting, were neither unique nor insurmountable. Hindsight is a marvelous teaching tool, and what we can glean from a retrospective review of Hertz’s decisions is that:

As a firm, we leverage organizational diagnostic tools to uncover what is working well and what can improve. If your current process does not drill down into the reality of what your company needs to stay competitive, you risk repeating some of these same missteps. Follow us for future learnings, or if you’re impatient like me, drop us a note; we love to chat about how your company can sidestep potential pitfalls in the future! 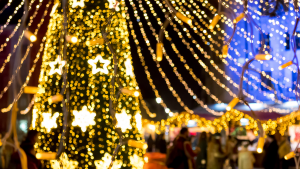 The end of the year is a wonderful time to reflect upon one’s blessings, and we have much to be grateful for.

We are thrilled to share the launch of our new HireBest.net website. Come see our new presence for our HireBest training and 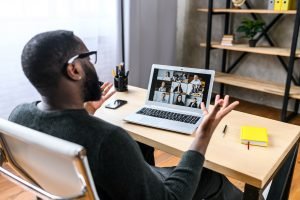 I refuse to believe that this is the new normal, but for now it is “the next normal” and we need